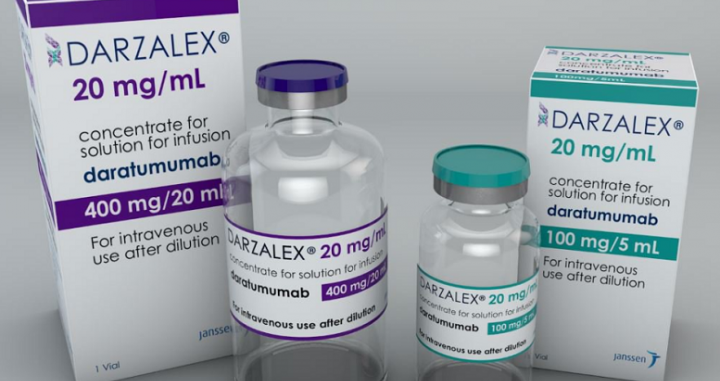 Developed by Janssen Biotech and Genmab, Darzalex™ or daratumumab became the first FDA-approved monoclonal antibody for the treatment of patients with multiple myeloma.

Approved for the treatment of individuals with multiple myeloma, Darzalex is available as injections, taken intravenously at a 16-mg per kg.

Daratumumab may sometimes be prescribed in conjunction with drugs known as or (biologic drugs) and . The medication is approved to be used by those who have previously had a different treatment protocol for their disease.

Who Should Use Darzalex?

Clinical studies for Darzalex/daratumumab have included patients with both relapsed myeloma as well as refractory myeloma, and the medication was effective in the following groups of individuals:

– Individuals who have had prior treatment

– Individuals who did not respond to proteasome inhibitors or immunotherapy drugs

– Those with impaired kidney capacity

– Those with moderately impaired liver function

Are there any side effects?

Based on data from the clinical studies, the most commonly reported side effects of Darzalex (daratumumab) are reactions at injection sites, nausea, fatigue, fever, back aches, and coughing. Darzalex may also result in a decrease in lymphocyte, red blood cell, and platelet counts.